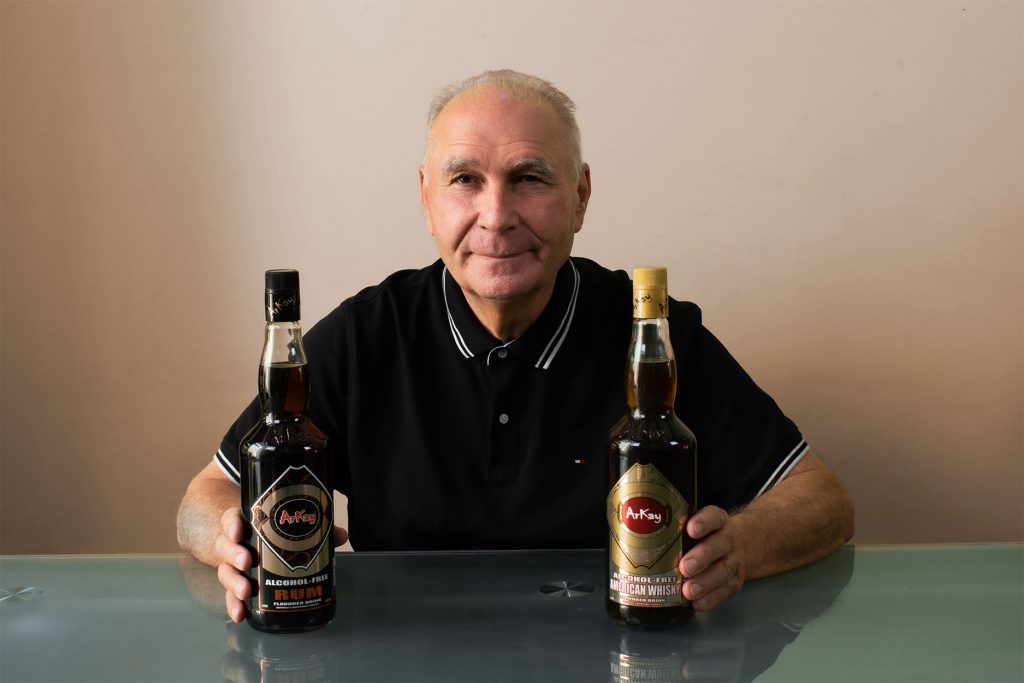 Reynald Grattagliano talks about how ArKay attracts competitors claiming that they are the pioneer in the alcohol-free spirits category.

Reynald pointed out that these claims are not based on facts. “A certain brand started in 2014 and another in 2019, and ArKay is the inspiration for their products. When they claim they are the pioneer in the alcohol-free spirits alternative category, they are putting their brand in the wrong spotlight.”

Reynald talked about a media interview incident wherein a host has mistaken him as the one who copied one ArKay competitor.

“I was speaking with CBS a few months ago, and the reporter asked me how I came up with the idea to copy this particular brand; I told her that it was exactly the opposite. This brand copied me, and when she checked online that Arkay started with an entire collection of 24 flavors of alcohol-free spirits in 2011, she canceled her article about that brand.”

Reynald said that he came up with the idea of creating alcohol-free spirits way back in 2007 when his 22-year-old son came home drunk from a party. “He suggested that someone should create a liquor that doesn’t leave you feeling so hung-over.” And that’s when Reynald started working on ArKay.

More than three years after that, he launched Arkay, the world’s first 0% ABV non-alcoholic spirits. Reynald sought expertise from a team of scientists at a lab in Switzerland. This collaboration ultimately created an entirely new molecule, the quintessential break-through by which Arkay beverages were born.

“Arkay is a product line of beverages that are liquor flavored but 100% free of alcohol,” Reynald explained. “It has a small molecule placed inside the drink, in contact with the tongue the drink sends stimuli to the brain, the illusion operates, and the mucous membranes of smell and taste saturate and make the consumer believe that he is drinking alcohol.”

Reynald pointed out that ArKay alcohol-free spirits give consumers the warm kick and that alcohol burn sensation without getting drunk or impaired. All his alcohol-free spirit products are recommended for all people who wanted to get the taste of alcohol minus the hangover and its negative health consequences.

About Arkay
Since 2011, Arkay Beverages has been fine-tuning various zero-proof spirit recipes, including vodka, tequila, gin, whisky, bourbon, and brandy, among many others, for the appreciation of fine liquor without the alcohol.

ArKay, the world’s first alcohol-free, liquor-flavored drink, is designed for everyone to enjoy. The exceptional taste of liquor without the alcohol content makes it a perfect beverage day or night. ArKay has 0% alcohol, and it is designed to allow individuals with medical conditions or religious beliefs that prohibit alcohol consumption and drink. Imagine being able to enjoy your favorite liquor drink at parties without worrying about drinking and driving. You won’t miss a thing, as ArKay tastes and looks exactly like traditional liquor. It is suitable for drinking straight-up, on the rocks, or with your favorite mixers.

About Reynald Grattagliano
Reynald Vito Grattagliano is an entrepreneur and philanthropist driven to solve the world’s biggest challenges through innovation. Reynald is the spark behind the current alcohol-free spirit movement, having been the first in the field to imitate Spirits giving consumers a sober option to a night out. He is the son of a well-known Italian perfumer in the late 20th century. He transformed himself into a perfumer millionaire before 30, establishing bottling plants worldwide, selling several times his companies and making millions for himself.

As the founder of Arkay Beverages, Reynald sees beyond the current business and technological landscape, creating real impact companies. His next endeavor is to travel to the moon, using lunar resources for innovation here on earth.