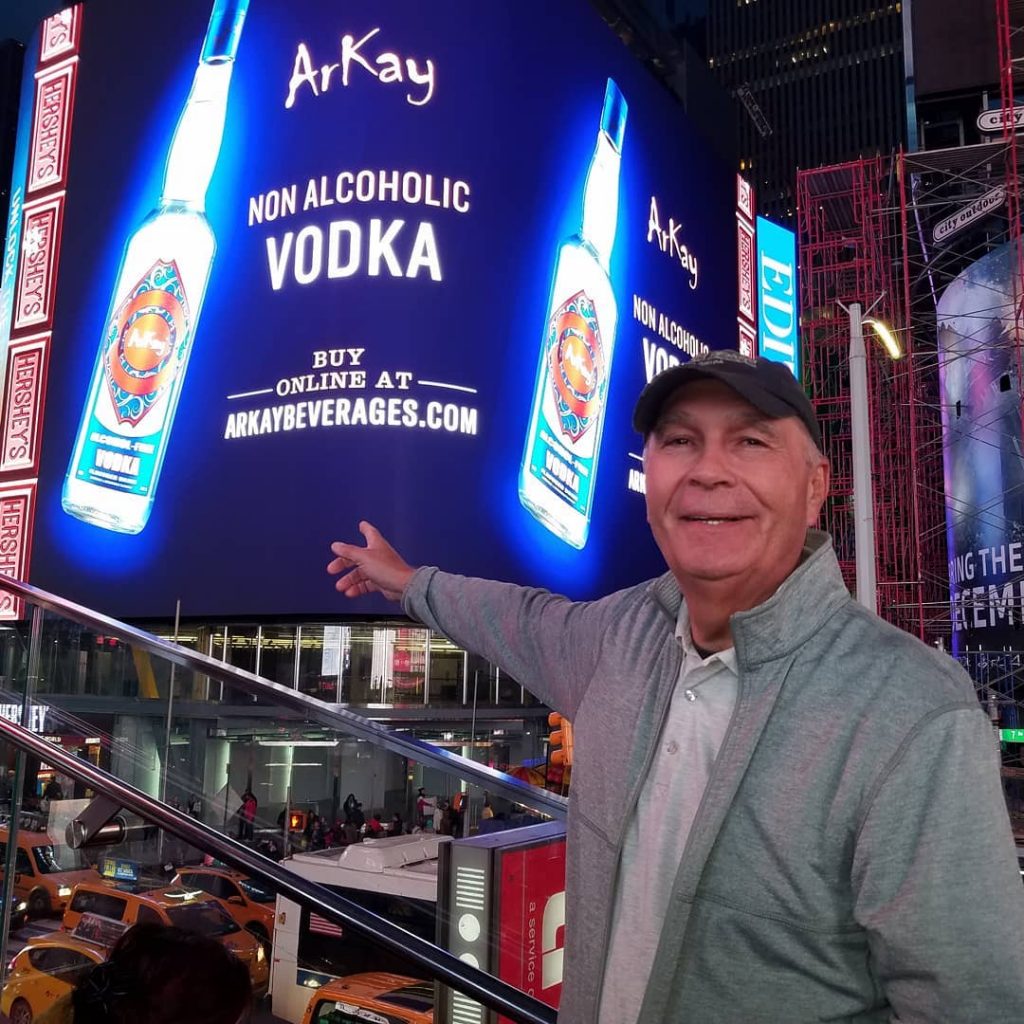 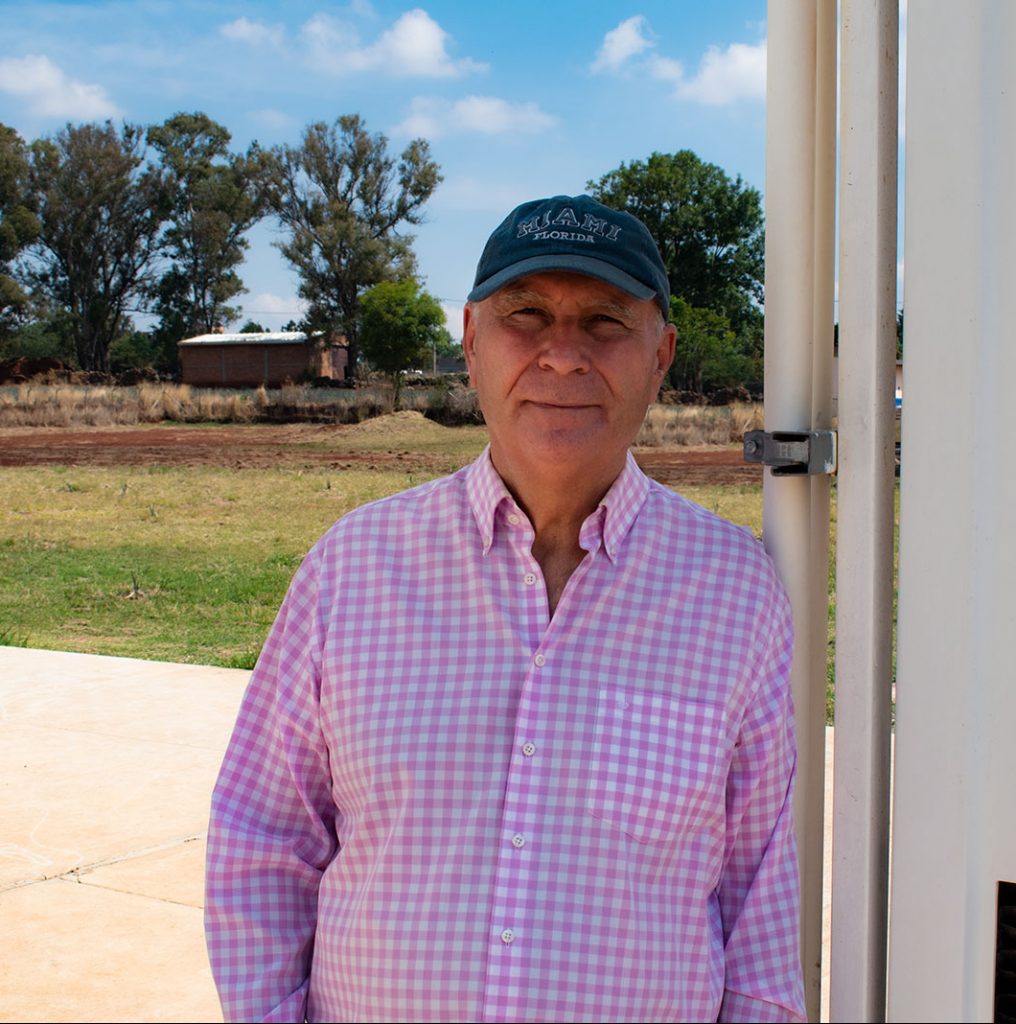 Back 2007
Reynald Vito Grattagliano was inspired to produce alcohol free spirits following an episode with his 22-year-old son, who upon returning home from a party where there was ample imbibing, began to feel those certain unappealing after-effects.
“He suggested that someone should create a liquor that doesn’t leave you feeling so
hung-over,” explains Reynald Grattagliano.

How Arkay Was Invented?

The founder of Arkay, a product line of beverages that are liquor flavored but 100% free of alcohol. Though only recently introduced, demand for the beverage has generated sales throughout the world, and the company is building on current successes by introducing new lines of versions of whisky, vodka, rum, gin and Tequila, which may taste like the real deal, but are totally free of alcohol and containing no whisky, vodka, rum gin and tequila.

Reynald Grattagliano was inspired to produce the drinks following an episode with his 22-year-old son, who upon returning home from a party where there was ample imbibing, began to feel those certain unappealing after-effects. “He suggested that someone should create a liquor that doesn’t leave you feeling so hung-over,” explains Reynald Grattagliano.

The son, of course, didn’t realize that suggestion would compel his father to not only spend the next five years of his life researching such a method, but he would spend five million dollars to make it happen.

Reynald Grattagliano has made an enviable fortune by creating designer perfumes which are touted by some of the top beauty and cosmetic companies known to the world. After spending nearly two years attempting to devise an alcohol-free derivative that not only smelled, but tasted like liquor, Grattagliano sought the expertise from a team of scientists at a lab in Switzerland. This collaboration ultimately resulted in the creation of an entirely new molecule, the quintessential break-through by which Arkay beverages were born.

US/INTERNATIONAL. A digital business that lists over 3,000 duty free stores from around the world is targeting the COVID-19-hit travel retail sector as a new outlet for potential sales.

DutyFreeZone.com, which is poised to launch a “significantly upgraded” version of a website originally set up in 1998, is the brainchild of Florida-based businessman Reynald Grattagliano.

However, no duty free retailers appear to have signed up yet and Grattagliano said brand negotiations were “subject to NDAs”.

DutyFreeZone.com, a website established as far back as 1998, believes it will benefit from the increasing propensity of consumers to purchase goods online

Reynald Grattagliano claims that DutyFreeZone.com will only serve as an intermediary, a marketplace on which operators and brands have their own virtual stores with responsibility for clearing the goods with local customs and shipping. They pay DutyFreeZone.com a 15% commission on all sales.

According to Grattagliano, the site will carry only “original brands” and the brand owners will decide their own retail pricing.

The name derives from Reynald Grattagliano’s travels abroad. Apparently, during his stays in China, some people had trouble pronouncing his first name. Instead of saying “Reynald” their utterance was closer to “Arr-K” – which was AOK with him.

Arkay’ founder Reynald Vito Grattagliano is the son of an Italian well-known perfumer, in the late 20th century, Reynald transformed himself into a perfumer millionaire before he was 30, establishing bottling plants worldwide, selling several times his companies and making millions for himself.

Arkay Alcohol Substitute
Arkay has a small molecule placed inside the drink, in contact with the tongue the drink sends stimuli to the brain, the illusion operates, and the mucous membranes of smell and taste saturate and make the consumer believe that he is drinking alcohol.

The Capsaicin molecule is also used in drinks called “non-alcoholic liqueurs”, which give the illusion of alcohol and the taste of liquor. The first person to apply it in this way was Reynald Vito Grattagliano, an inventor who worked on it from 2007 to 2011 on the non-alcoholic spirits project to help people dependent on alcohol and maintain them away from the alcohol health issues.

“I learned that the good business model is to sell merchandise which does not belong to you. Therefore, I had to find a way to never own any inventory again”

“We are speaking with a few of them as you can imagine, but they want to see my site up and running before onboarding,” said Grattagliano. “We are in discussions with the largest ones but we cannot say which ones as I signed NDAs with them and also we are in discussions with hundreds of famous brand owners. It’s the same situation – with NDAs in place we cannot tell [you] who they are.”

Asked why brands would support the proposition, he added: “It is too early, they are all in a wait and see position. In fact I do not mind because many brands told me that they are OK to sell directly to DutyFreeZone.com if the duty free shops don’t want to do it. If the duty free shop does not want to list their products at DutyFreeZone, the brands cannot afford to lose the sale, so one way or the other, they have to be listed at DFZ.”

Contentiously, he claims not only that operators will increase their global sales by listing on DutyFreeZone.com, but that duty free shops will make 20% more profit. “The same situation happened 18 years ago with Amazon.com – and look what Amazon is today,” Grattagliano said.

Most duty free players have established ecommerce operations. Why would they use DutyFreeZone.com, even if their brand partners agreed?

Grattagliano responded: “They do not want to be kept prisoner of one duty free operator who owns one website. If a consumer feels prisoner of the site he is buying from he will go away and search for the competition. Logically, he will land on DutyFreeZone.com and will see all the brands that he wants, but this time from hundreds of duty free shops competing with each other and offering different prices. This is the essence of what a marketplace is about.”

Furthermore, he argued, that if the products are bought from DutyFreeZone.com as duty paid, rather than duty free, the duty free channel’s price advantage isn’t lost.

Grattagliano said: “With DutyFreeZone.com, consumers will have in front of them a gigantic choice of thousands of brands available usually in duty free shops and from manufacturers from all over the world.

“Dutyfeezone.com will become that way a gigantic duty free mall, therefore for the consumers to buy only from one duty free shop website like Dufry.com, for example, to buy one item, then log out and buy another item from DFS will become obsolete. At DutyFreeZone.com the consumers will find all they need under one roof – it will become the Champs-Élysées’ of the luxury business.”